Crowd favourites Rasel “Dazzle” Alam is in the studio this week along with he opponent Andrew “Komodo Dragon” Haworth and James “Spice Boy” Corrigan.

Andrew both enjoyed beating Rasel as well as Rasel’s exceptional fighter intro, special thanks to Kate Gilbert. No one was aware that his James Bond entrance was also going to include Ruth from chessboxing Zumba fame. James Corrigan managed to catch himself before tripping on the ring steps, despite this he loved his intro and his victory against the Pawn Slayer equally. James’ opponent Andrew “Pawn Slayer” Smith let loose in the boxing and James was surprised to see such aggression.

Rasel shouts out to Big Mumma and promises to buy her some chocolates and flowers. Her support provides Rasel with the impetus to take chessboxing to another level. Rasel has improved considerably at chess thanks to chess training from Matt Read. Read has made Alam hard to beat on the chess but ultimately he succumbed to Haworth’s chess game. That said Haworth claims that he was never worried about the chess despite this improvement. Haworth was shell-shocked by the first round of boxing when he was exposed to the full wrath of Rasel “Dazzle”. Haworth did manage to land one or two great shots producing a very compelling bout.

Smith vs Corrigan bout was exceptionally well match but Andrew failed to manage his chess clock effectively. As a good chess player should Smith have realised that he was about to run out of time.

Shayan “Shah” Dolab boxed exceptionally well and put in a much better performance than last time out against Toto the Robot. Daniele Rota not only lost his WCBA European belt on the night but he also lost his Italian belt 6 days later. There was some confusion about whether or not Rota’s victories were transferred to Dolab after this bout (they were not).

The battle of the Mr Tickles was a nip and tuck affair with Read coming back from a losing position only to fall at the last hurdle. A very well matched affair with the match going down to the wire, it’s clear that Dan “The Wall” Hall will have a long and successful career in the chessboxing ring.

Finally the pod talks about the highlight of the evening – dancing in the ring! Did Gavin actually promise Rasel pizza? It seems he was distracted by his intro, Ruth and pizza throughout the event.

Will Rasel fight for pizza – probably. Call out from Tommi in Helsinki for Andrew Haworth. Shout out to Juliana Barron, we would love to have you on our show in December. Call out for Andrew Smith, James wants to see you in the ring again in December.

Get your tickets for our next show here: https://www.eventbrite.co.uk/o/chessboxing-nation-9876871498 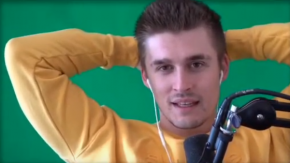 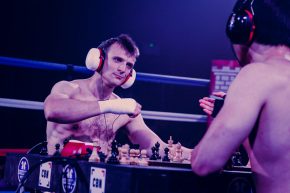